I had FULLY intended to play along with Project Run and Play this go around. So far that hasn't really happened. But this weeks theme was upcycling. Well if there's one thing I am good at it's taking one thing and turning it into something else!
I didn't take pictures of the process, but I did take pictures of the finished product!
I used a pajama top for the front, a vintage shirt for the back, a blue sheet and a red and pink duvet cover for the layered peekaboo skirt, and a ribbed t-shirt for the neck and arm bands. The only thing new on this adorable dress is the ribbon tie. (more after the pictures) 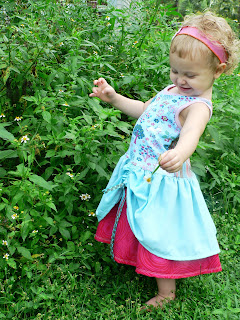 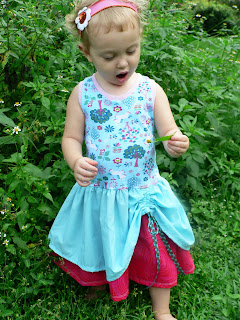 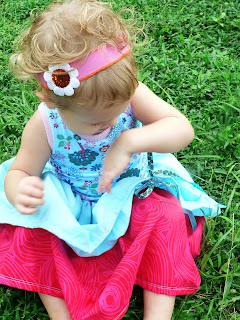 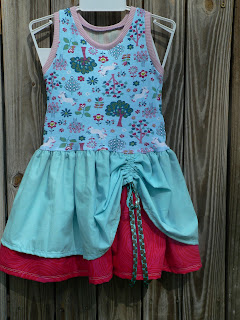 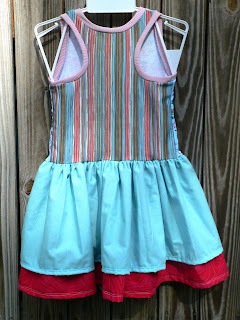 Originally this was made for my youngest daughter...mostly because I love unicorns and really wanted to make something for her with them. However after looking in her closet, and seeing all of the clothes she already has, I think I would be better off selling it. She really doesn't wear all of the clothes she already owns enough! So into my shop it goes...
Sometime in the near future will be a tutorial on how to make a peekaboo skirt. Maybe I should instill Tutorial Tuesday?
Posted by 3Giraffes at 11:58 PM