I have now made these three times in the last month or two. The first two times I followed a recipe from the Unofficial Harry Potter Cookbook. This last time I did it a much easier way.

I made my meatloaf, set aside a nice chunk of it for later before cooking it, and then later used what I had set aside to make these! Also, this time I made the meatloaf I added puréed green, orange, and yellow peppers for more flavor. Why puréed? Because my husband and 10 year old both claim they hate them. But when they have no idea that I add them in like this they still think the food tastes yummy! Haha! What they don't know gets them more vitamins and veggies in their diets.

I also used a couple cans of premade biscuits instead of making dough. For these I prefer the Walmart brand jumbo flakey butter biscuits. The second time I made the meat pies I used a different brand and they didn't taste nearly as good. 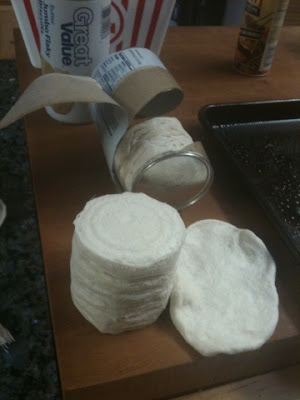 Take the set aside pre-prepaired meatloaf meat and toss it into a pan. Add a can of stewed tomatoes. Yes, there are already some in the meatloaf mix, however you want to add more. This adds more moisture to the mix. 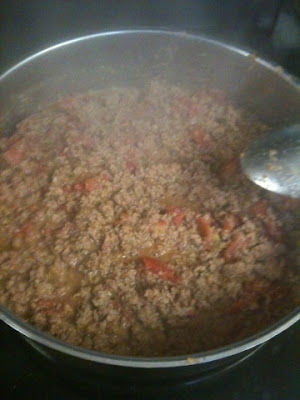 Cook the meat mixture thoroughly. Then remove from heat and let it sit while you prepare the biscuits. I always spray my baking sheets with a cooking or baking spray, even though the cans say not to. I find it's just much easier to deal with the biscuits coming off when I do! 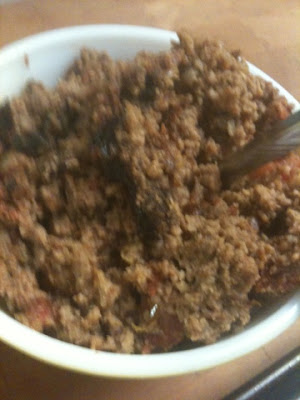 Separate the biscuits and flatten them out one at a time. I just smoosh them between my hands, and use my fingers to work the dough from the center out to the edges. They will look like pancakes on the pan once they are flattened out. 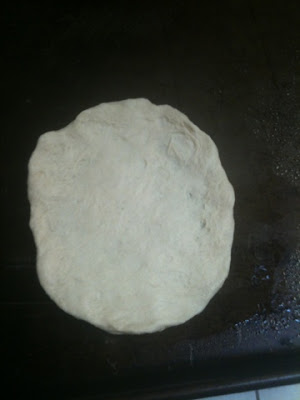 Add a heaping scoop using a tablespoon to the center of the flattened biscuit. 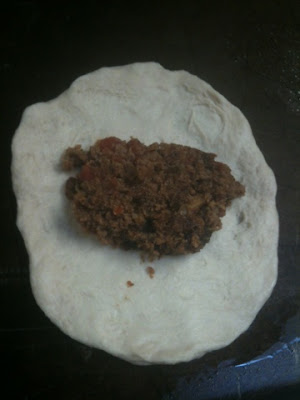 Fold the biscuit over so that the meat is encased in it like a pocket. 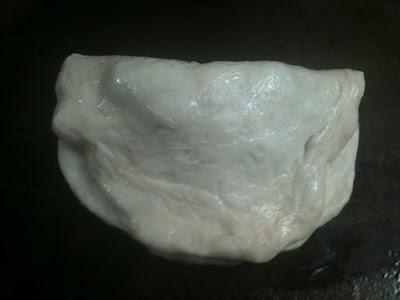 Use your fingers to press along the edges of the biscuit pocket opening. 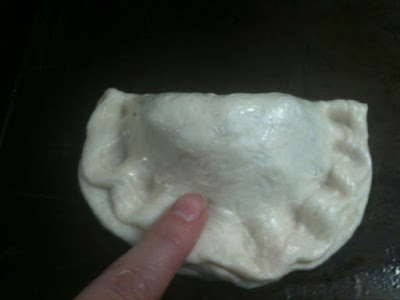 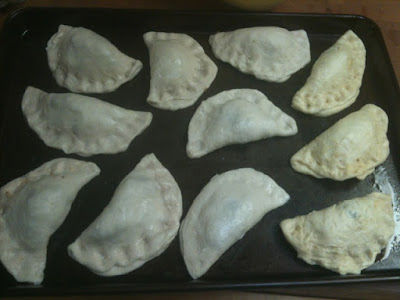 Bake them according to the directions on the biscuit container for temp. But only for half the time. Halfway through pull them out of the oven and flip them over. Especially do this if you're using dark baking pans! Then return them to the oven and bake for the remainder of the time. You might need to go an extra couple minutes to make sure they are cooked all the way through. 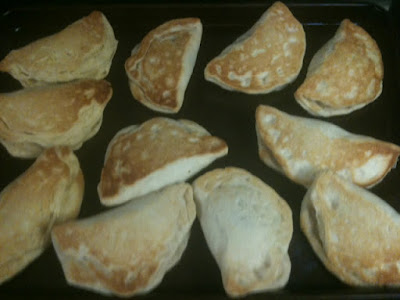 Once they are golden they are done!! Just be careful since they will be very HOT inside. If serving to a child cut it open to let it air out!