This post isn't a crafty one. If you aren't interested in learning a bit about my life and experience as a mom, that's fine. I totally understand!
A friend of mine posted a link on Facebook to what is really a great blog post. And honestly, before 2 years ago I could completely relate.
But after the birth of our youngest my perspective changed a bit. My response to her posting was pretty long. Much longer than I had intended. "As a mom who's youngest had a very scary entry into the world, and who's future is still unclear, I can very much appreciate all the old ladies advising to savor every moment. I know that all too easily I might not even have gotten those moments with my little one. And that reminds me how much I should really appreciate ALL of the moments with both of my girls. The good ones, the melt downs, the ridiculous outfits they want to go out in public wearing, the times when I know it is || <-- this close to nap time but I have just one more errand to run so I will risk the potential insane, overtired, running, climbing, non-listening, almost 2 year old in the store and appreciate that I HAVE that child still with me to have to deal with her crazies. Not to say that I find it blissful and enjoyable to deal with those moments. But that I am so very thankful that my child is healthy and HERE to make me deal with those moments. To try to see those moments not as a test to my parenting skills, since I know I am a good parent, but as a test to my ability to cope and overcome and still be joyful that I get to do it at all." 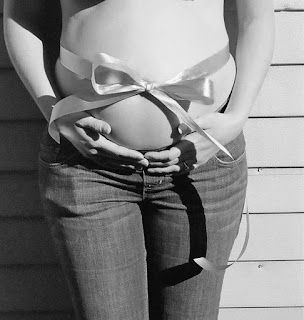 On Feb. 19th it will be 2 years ago I gave birth to our youngest daughter with the help of my husband and a fantastic midwife. It was 3 weeks earlier than the due date, and even earlier than I thought it would be.


The labor lasted technically about 11 hours since my water broke around 10:30 am and she was born around 9:30 pm. But there were pretty much no contractions, let alone any that would be productive, until around 7 pm; after my midwife had intervened to help labor along. The actual labor lasted only about 2 hours. And going from almost 2cm to a full 10 in that short of time was fairly intense. But being with people I loved, liked, and knew cared about me made it much easier.
Pushing lasted 8 minutes. Which is NOT long. And up to the pushing stage everything was beyond just fine.


During the pushing something scary happened. My daughter's heartbeat kept getting lost. As in not there. It would be there, then gone, then come back. The last two minutes of that 8 minutes of pushing were the most scary. The heartbeat was gone more than it was there. The cord was wrapped around her neck 3 times. But my midwife could literally stick her fingers under the wraps between the cord and her neck - so it wasn't tight. The major problem: the cord had stopped beating.
While a baby is still attached, before being delivered and typically for a little while after, the cord is still beating. It's still supplying the necessary oxygen and nutrients to the baby. This time that wasn't the case.


My baby girl had just been delivered under slightly rushed circumstances in the last couple minutes, and was a strange shade of greyish pinkish white. Some sort of mix of the three colors.
Thankfully with rubbing stimulation, and blow-by oxygen (an oxygen tank turned on with a tube attached that would normally go to an attachment but instead is held at the nose/mouth) she pinked up and perked up. 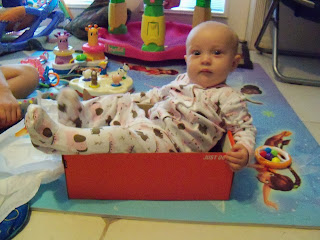 Talk about scary first moments!! Another couple minutes of pushing and I might not have this amazing little rambunctious girl to chase down and pull off of table tops and book shelves.
Unfortunately the concern didn't stop there. Long story short, there was permanent "brain damage" on the left side of her brain. I say it in quotation marks because while there is physical damage she has definitely overcome it. She had slight right sided weakness in her face, arm, body, and leg that has seemingly been cured thanks to early intervention with a physical therapist. She is currently doing speech therapy. Not for a lack of her understanding what's being said, but for a lack of us being able to understand what she says to us.


But by no means does that mean she is dumb!! In a little over a month she will be two. She already knows how to count to 4, recognizes those numbers, recognizes 5 shapes, 7 colors, and several random letters. She is very dexterous, and extremely clever. And I swear she is soaking in everything and just waiting until she has the ability to communicate better before flooring us all with how much she really does know. 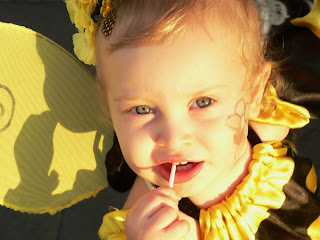 She is amazing. And a gift. You can decide for yourself who/what/where she is a gift from. I wouldn't change my birthing experience with her, even if I could. And I know that if it was a hospital birth nothing different could have been done. She was too close to being out when things started turning. 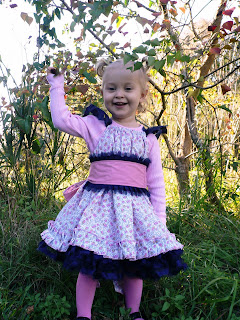 I don't always love the insane antics she tries to pull, but I appreciate them. I know how amazing it is we have her and her two sisters. And I'm doing my best to remember all of the moments. Even the ones that make me cringe today. One day those will be good stories! "You were about 2 years old and mommy had to go to the post office to send out orders. While I was attempting to stand in line you were trying to run away, climb in the trash can, zig and zag through the racks and stations, and then pull out every single large envelope for flat rate shipping there was. All in about 35 seconds. I was ready to pull out my own hair!" (true story!) 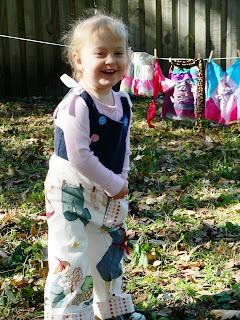 Little old ladies, here is one mommy that has always wanted to be a mommy, and is finally really starting to appreciate her kids even when life, and the kids!, are insane.